What to Send Up When It Goes Down is on tour!
Starting in D.C. and then moving onto Boston--Come see us! Here's some great press:

Washington Post: "Aleshea Harris’s performance piece, presided over by an accomplished and impassioned cast of eight, plunges all of its patrons into a river of outrage. America in 2019 remains a den of inequity, insofar as insults to African American hearts and bodies are concerned. In “What to Send Up When It Goes Down,” the violence perpetrated against black people by police is the jumping-off point for an exercise that starts in a mournful cataloguing of those insults, passes through stages of anger — and ends, for some spectators, in tears."
Washington Post Review
DC Metro Theater Arts Review
Boston Globe Review 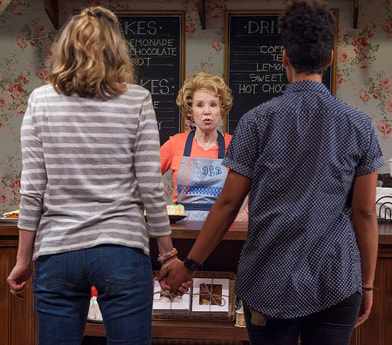 Rave reviews for the Cake at Barrington Stage Company!

The New York Times: "Mostly, though, the play’s choices — and the lovely production, directed by Jennifer Chambers on Barrington’s smaller stage — cut against stereotypes, not going where you expect. (There’s no lawsuit.) In that way issues usually understood in legal terms become more personal matters of betrayal and accommodation. “The Cake” provides access to human questions at the heart of all change: How much time do we give people to “evolve”? How civil must we be while we wait?"

Berkshire Bright Focus: "Nemuna Ceesay is a constant delight as she tears down walls, and barriers, exposing rust in the cakepan of life that Jen has always been comfortable in. She plays the harder, gruffer role, the woman you want to slap now and then as you say, "enough! Give it a rest!" She plays it so well, that when she undergoes her own metamorphosis the change is as delicious as the wedding cake Jen has been dreaming about."

The Alt: "Ceesay is strong, upright in her love for Jen and belief in what’s right, her background having made her the woman she is today; the two young women interact so beautifully together and have such an honest, believable relationship."

The Arts Fuse: "The athletic and forceful Nemuna Ceesay gives us a gamely self-contained Macy. Making a strong debut at BSC, Ceesay delivers a taut performance in the unenviable role of a person who is making her best effort to be polite in the white southern world of her beloved Jen. But she is barely able to tolerate its conservative conventions: “Do we really have to do this here?”

Berkshire On Stage: "Vale and Ceesay are excellent as the two brides whose commitment must be strong enough to override their divergent backgrounds and the powerful connection between Jen and Della."

Come check it out!
​
The Cake

​PlayMakers Repertory Company has welcomed Nemuna into their 2017/2018 season! She is currently rehearsing the roles of Elmire in Tartuffe and the Pastor's Wife in The Christians. 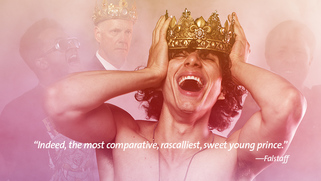 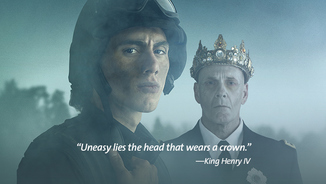 One of Nemuna's dreams has come true: she will be a part of the 2016 acting company at the Oregon Shakespeare Festival. Catch her from February 20, 2016-October 30, 2016 as Estella in GREAT EXPECTATIONS and Roxanne Rodriguez in ROE, a new American Revolutions Commission!
Great Expectations
Roe

​
​Nemuna is appearing on Season 2 of the CBS show Madam Secretary. See her in Episode 214: "Left of the Boom" Watch until the end...that's where you'll catch her looking rather bloody and distressed! 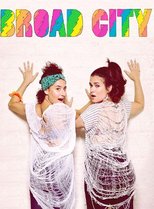 ​Nemuna is appearing on Season 3 of one of her favorite shows: Broad City! Check her out as "Beth" on Episode 4, coming 2016!

Nemuna is making her Network Television Debut! Check back to see when you can catch her on the ABC show FOREVER playing the role of "Tech"

Nemuna is making her New York City Debut in the concert version of THE UNFORTUNATES at Joe's Pub at The Public playing the role of Rae. To learn more about the show and the concert click the button below!

Hope you can make it :)
The Unfortunates 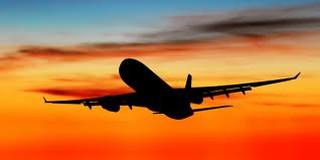 ​Nemuna's terrific summer at CalShakes has come to a close. Thank you to everyone who came out to support.

The countdown begins to New York City! Nemuna lands the morning of AUGUST 5! Stay tuned for an update on representation and life in NY! 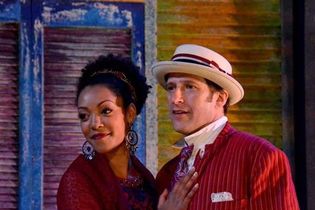 The Comedy of Errors has opened at California Shakespeare Theater! To RAVE Reviews

SFGa﻿te:
"The Syracusan and Ephesan twins are being mistaken for each other at every turn, even by the local Anthipholus' wife...the terrific Nemuna Ceesay"

Theaterdogs:
"And then there’s Nemuna Ceesay, fresh from her wonderful turn in Cal Shakes’ A Raisin in the Sun, as Adriana, a wife who is done with her husband’s shenanigans. I’ll always remember Ceesay’s performance fondly, not simply because she’s such a force on stage, but because in one of her forays into the audience on opening night, she interacted with male members of the audience and planted a big ol’ lipsticky kiss on my lips. As if the balmy June night wasn’t already warm enough, here’s a good example, kids, of how live theater can do things movies and TV never, ever could."

The Stanford Daily:
"Despite being the scorned wife, Adriana remains full of chutzpah, an extremely likable foil to the goofy men surrounding her."

Hopefully more good reviews to come! Come on over to The Bruns!
The Comedy of Errors 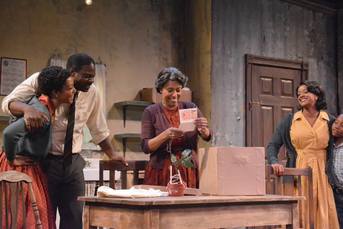 ​Rave Reviews for A Raisin in the Sun at Calshakes!

﻿SFGate:
"Nemuna Ceesay lights up the stage as the sassy, intellectually omnivorous, outspoken college student Beneatha - whose dreams include not only her future as a doctor but also artistic self-expression, Africa and a mate who will treat her as an equal."


San Jose Mercury News:
"McGregor, who directed the hit "Spunk" in 2012, has cast three powerhouse actresses as the women of the Younger household...Nemuna Ceesay plays the nimble-witted Beneatha, the young woman ambitious enough to want to become a doctor and smart enough to make it happen despite the pressures of society." ﻿

COME CHECK IT OUT!

​Nemuna started rehearsals for A Raisin in the Sun at California Shakespeare Theater!
directed by Patricia McGregor

Find out more information and purchase tickets below:
A Raisin in the Sun 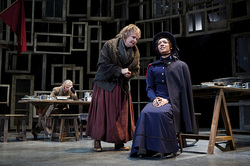 Nemuna is currently performing the role of Jenny Hill in Major Barbara: a co-production between American Conservatory Theater in San Francisco, and Theatre Calgary in Calgary, Alberta, Canada